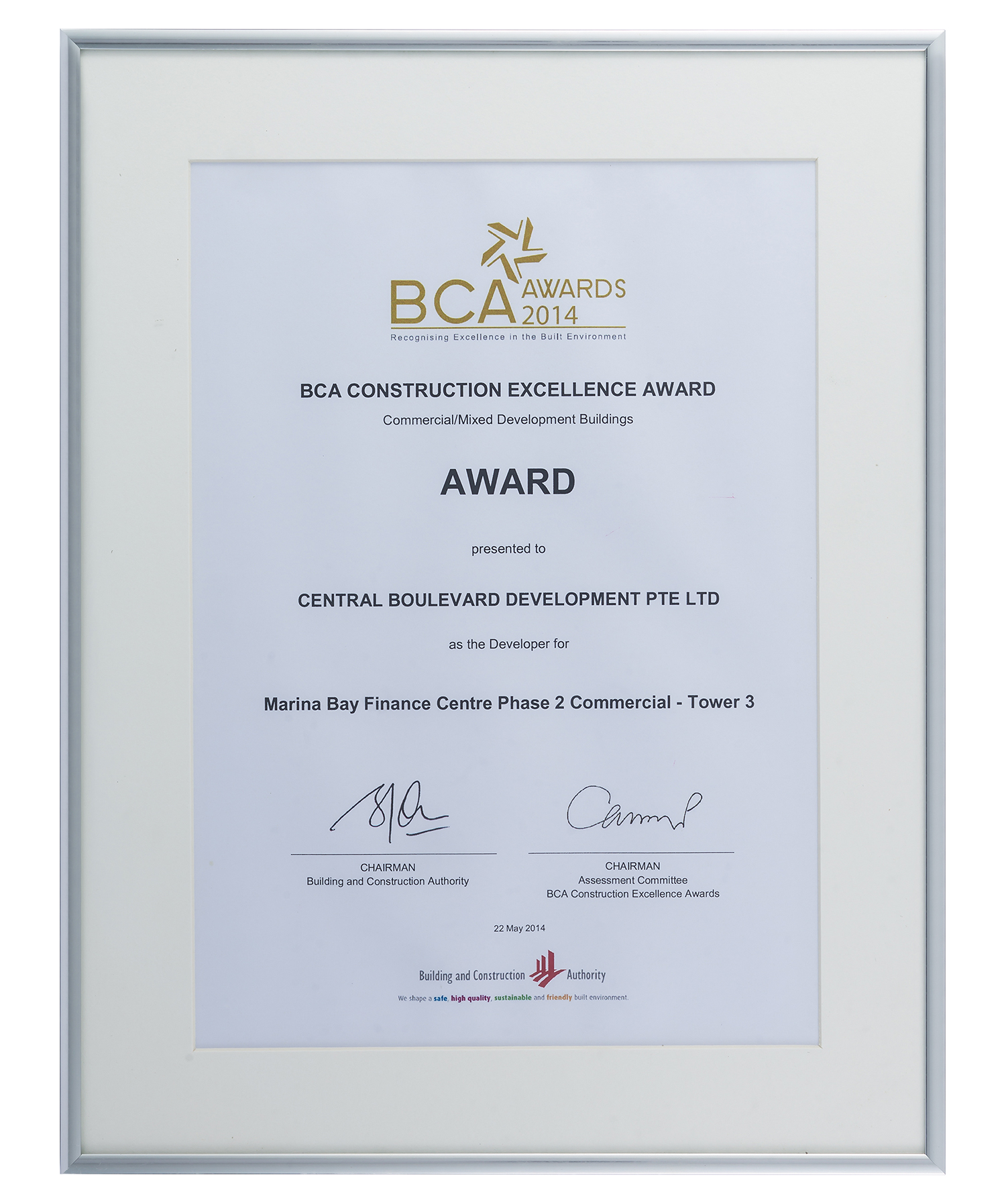 Meinhardt was conferred the Merit Award at the 2011 Design and Engineering Safety Excellence Awards by the Building and Construction Authority for Marina Bay Financial Centre Phase 1. The Award honours Singapore’s best engineering talents who have developed creative engineering solutions to overcome challenging architectural designs and site constraints to bring their projects to their safe completion. 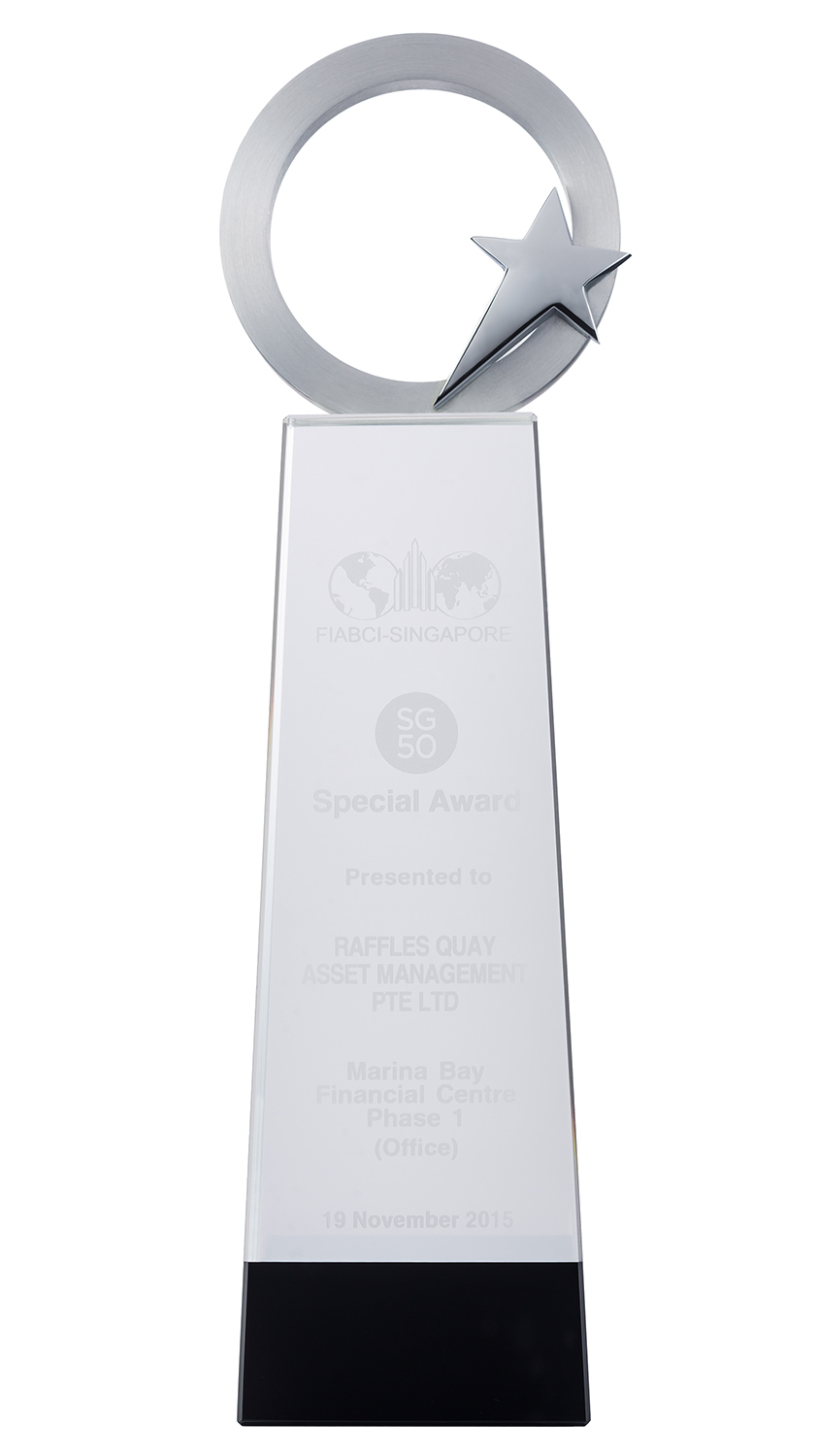 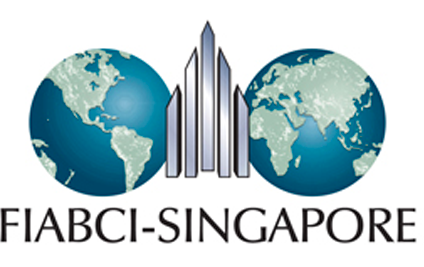 Marina Bay Financial Centre clinched the Gold award for the mixed-use category in the MIPIM Asia Awards 2011, which honours outstanding real estate projects in the Asia Pacific region. It also won the Participants’ Choice Award, which honours the project that receives the most delegate votes. 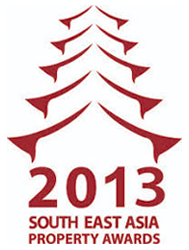 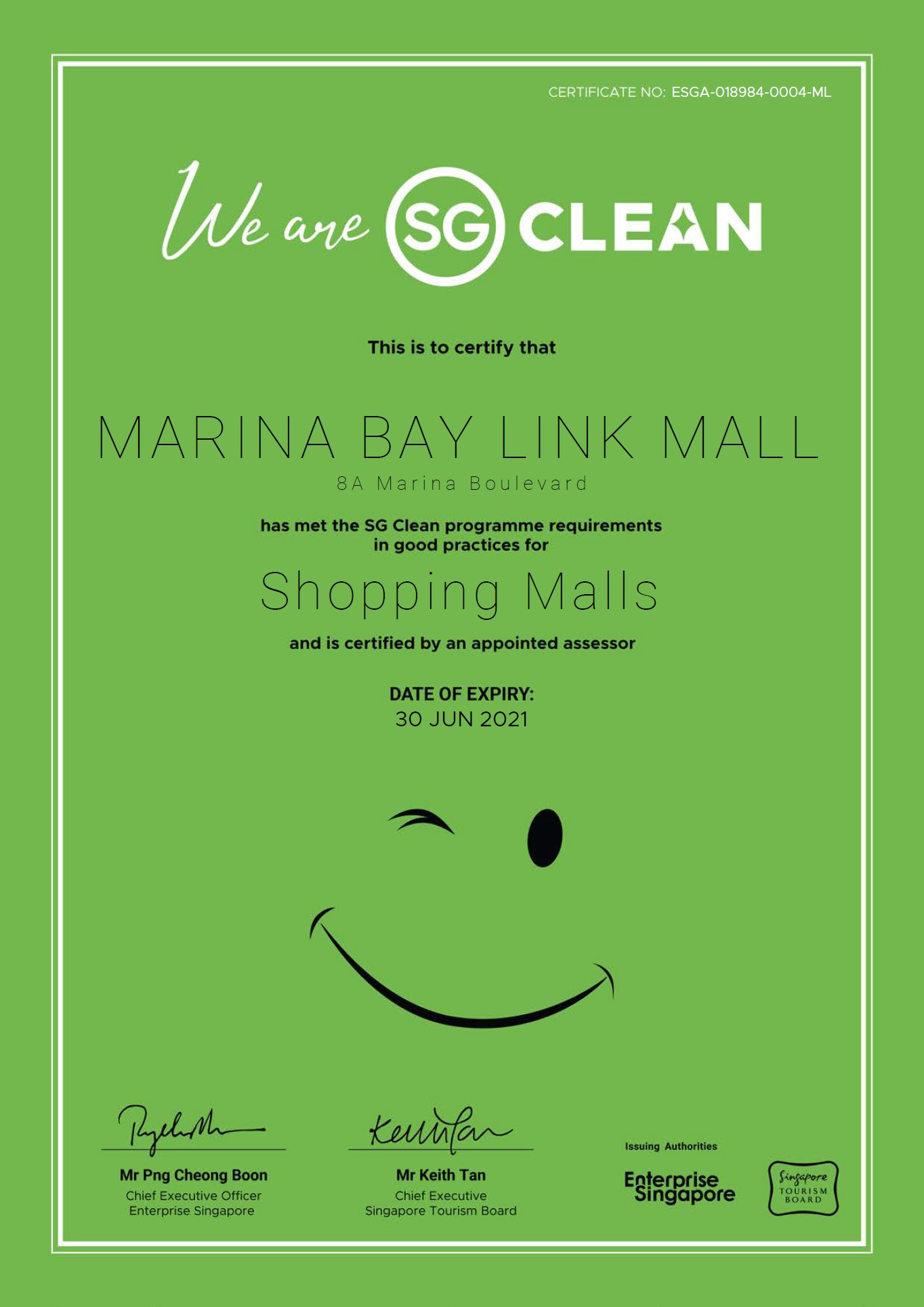 The SG Clean campaign was launched on 16 February 2020 as a proactive response to minimise the spread of COVID-19 and to make cleanliness a way of life in Singapore. SG Clean campaign aims to raise the hygiene standards and transform cleanliness level of public spaces and rally premises operators to take ownership by adopting the SG Clean Quality Mark. 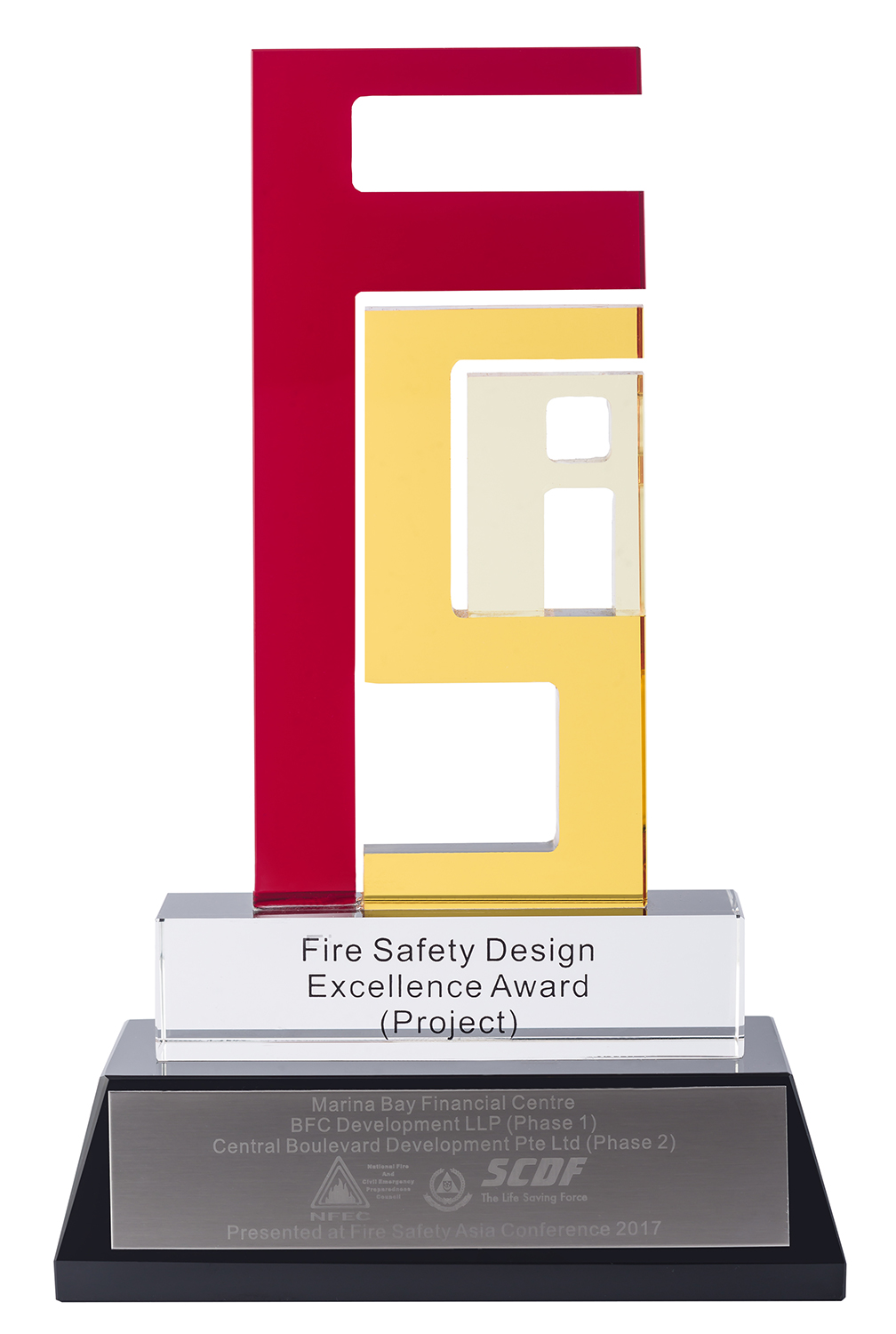 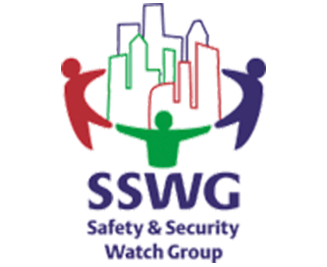 Marina Bay Financial Centre Tower 3 was awarded National Safety and Security Watch Group (SSWG) Award. The award recognises members at national level for their exceptional efforts on premise safety and security. This award serves as a testament of commitment and outstanding work in contributing towards a safer and more secure Singapore.

Marina Bay Financial Centre was awarded the Safety and Health Award Recognition for Projects (SHARP) Award. The annual award presented by the Workplace Safety and Health Council in collaboration with the Ministry of Manpower recognises companies and organisations that have performed well in safety and health through the implementation of sound safety and health management systems. This includes large-scale projects that mobilise significant manpower and have shown their ability to manage workplace safety and health on a project-level. 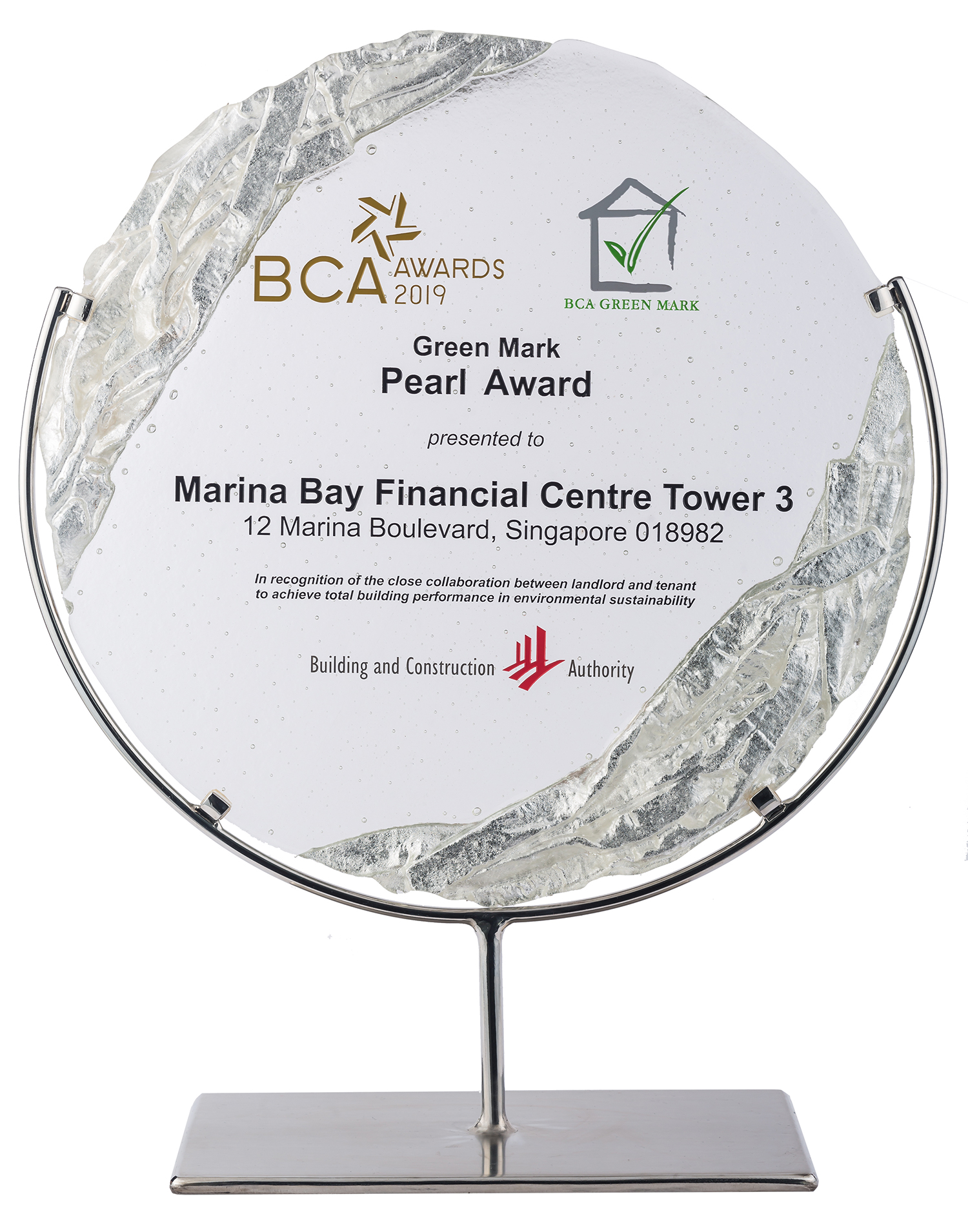 MBFC Tower 3 won the BCA Green Mark Pearl Award. The prestigious Award recognises the strong commitment of building owners/ landlords and tenants/ occupants of the same project/ building working in tandem to achieve greater environmental sustainability for their project/ building. The Award is given to building owners/ landlords who have a substantial number of tenants that are Green Mark certified. 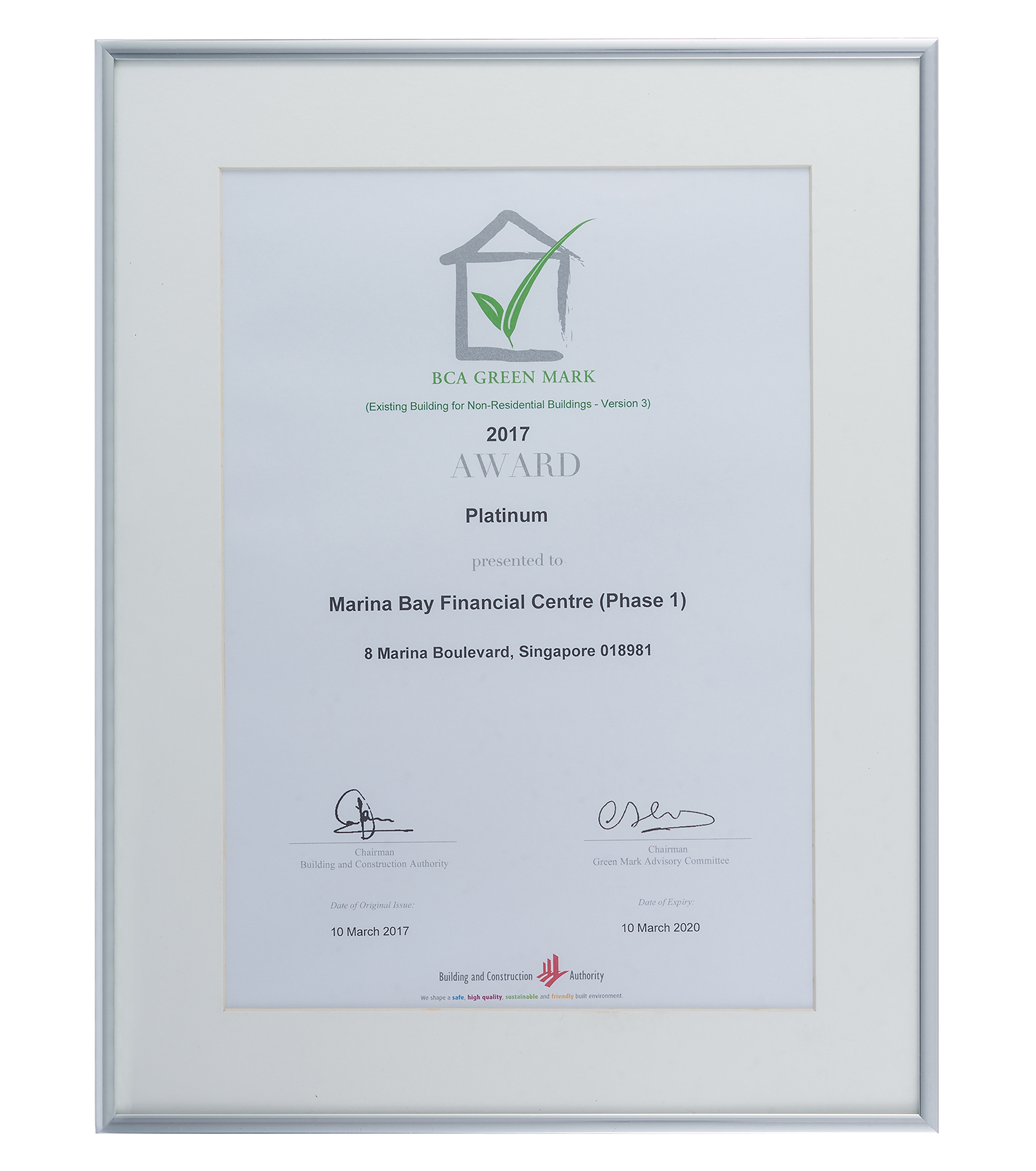 MBFC Phase 1 was awarded the Green Mark Platinum Award by the Building & Construction Authority (BCA) in 2016 and 2019 for its best practices in environmental design and construction, and the adoption of green building technologies. This is the highest honour in BCA’s Green Mark scheme.

Both towers incorporated multiple green efforts in its daily operations. Its energy-efficient air-conditioning system and lighting contribute to energy savings of 14%. Other features include the water leak detection which reduces water wastage, electronic air cleaner which improves the air quality and the green building monitor to promote sustainability and also to share information with tenants and the public. MBFC tenants also played a key role in recycling their used light tubes and in their participation for the Switch Off, Turn On campaign which is part of the iLight Marina Bay Festival and the Earth Hours.

MBFC Phase 1 also won the Green Mark Gold Award in 2008 and 2014 before it went on to win the Platinum Awards by investing more effort and resources into reducing the buildings’ impact on the environment and ensuring that they continue to be sustainably operated.

MBFC Phase 2 was awarded BCA’s Green Mark Platinum Award in 2019 and 2016, in recognition of its best practices in environmental design and construction, and the adoption of green building technologies.

Water leak detection systems minimise water wastage, and condensate water from the air-conditioning system is recycled for use in fountains, irrigation and cleaning. Tenants also contribute to reducing the carbon footprint through recycling waste such as light tubes and working towards obtaining Green Mark certification for their offices.

In 2009, MBFC Tower 3 also won the Green Mark Gold Plus Award in 2009 for its environmental sustainability achievements. 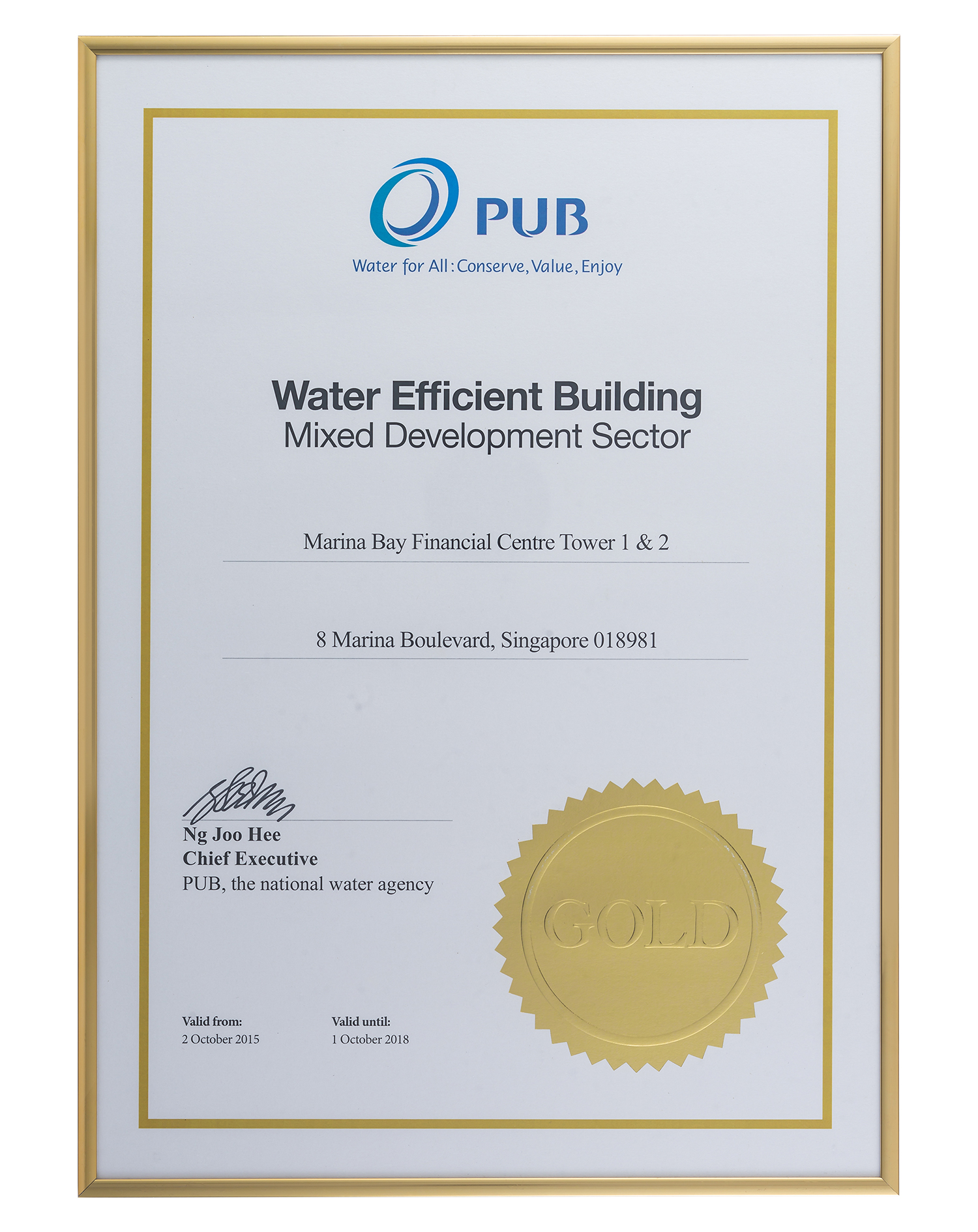 Ongoing efforts by Marina Bay Financial Centre (MBFC) to maximise water efficiency were recognised when MBFC Towers 1, 2 and 3 were awarded the Water Efficient Building (Gold) Certification by the PUB.

A number of water efficient features and measures have been implemented throughout the three towers and Marina Bay Link Mall, the retail component of MBFC. They include water-efficient fittings installed in all toilets, water leak detection and monitoring systems, and signs with contact information displayed in all toilets to enable timely reporting and repair of leaks or faulty fittings. In addition, at MBFC Tower 3, the condensate water from the air-conditioning system is recycled for use in fountains, irrigation and cleaning, contributing to a saving of about 3,000 cubic metres of water annually. 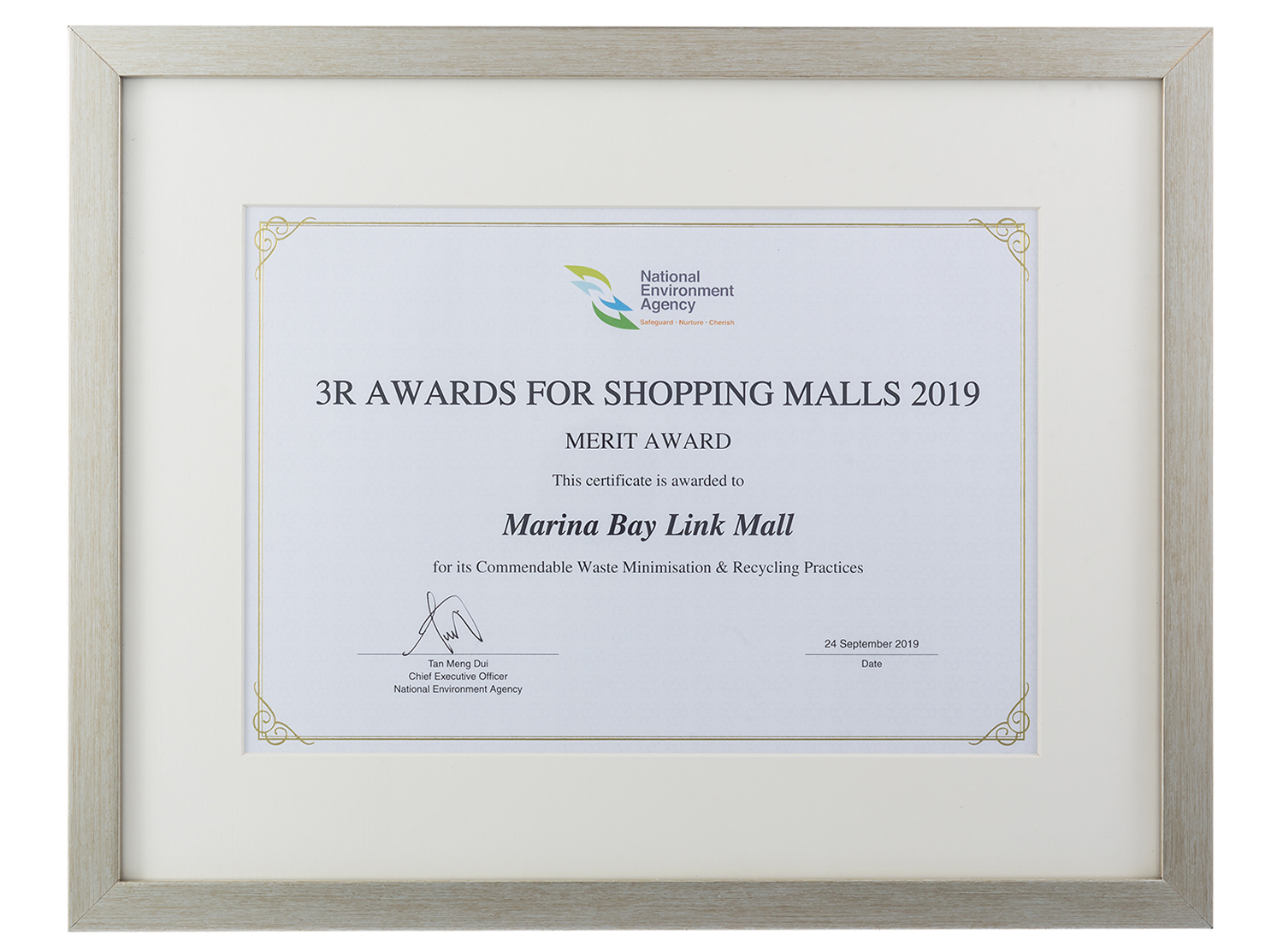 The 3R Awards for Shopping Malls recognises shopping malls and mall retail tenants in Singapore that have made notable contributions to waste minimisation through the implementation of 3R (reduce, reuse, recycle) practices at their premises.

Malls are assessed based on its